Understanding and Responding to Gangs in the Caribbean 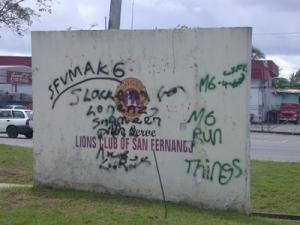 Since 2004, the Center has been deeply invested in diagnosing gang problems in the Caribbean as well as understanding the capacity of Caribbean governments to respond to gangs. Funding for the Center’s work has been funded by several organizations in the projects described below.

Reducing Violent Crime in Trinidad and Tobago. Over six years (2004-2010) the Center was engaged in a collaborative partnership with several universities for the purpose of reducing violent crime in Trinidad and Tobago, particularly homicides and assaults with firearms. The project was based on two primary strategies: using information and analysis to craft targeted interventions designed to reduce violence; and adopting collaborative approaches involving police, other government agencies, private, nonprofit, and faith-based organizations, and communities. The CVPCS role in the project was to diagnose the nation’s gang problem and work with the Ministry of National Security to implement organizational change in the Trinidad and Tobago Police Services (TTPS). Funding for the project was provided by the Ministry of National Security in the Republic of Trinidad and Tobago through George Mason University.

Provision of Technical Assistance to the Organization of American States (OAS). From 2006 through present, the Center for Violence Prevention and Community Safety has provided technical support to the Organization of American States. These forms of assistance have varied from dissemination of information to diagnosing Caribbean gang problems.  For example, on behalf of the OAS the Center conducted a rapid gang assessment in Antigua and Barbuda to assist the nation in understanding their gang problem.

Provision of Technical Assistance to the Regional Security System (RSS).  The research project is a collaborative effort between Arizona State University’s Center for Violence Prevention and Community Safety and the Regional Security System (RSS). The Regional Security System (RSS) serves as the common defense system for seven Eastern Caribbean nations.  The project focuses on understanding the problem of criminal youth groups (CYG) in seven Caribbean nations.  It seeks to provide further information on the number of CYG’s, CYG members, and CYG crimes to: 1) accurately gauge the scope and nature of CYG problems (locally and regionally), 2) prioritize security concerns relative to CYG's, and 3) assess local and regional CYG trends for the purpose planning and resource allocation.

Caribbean Human Development Report on Citizen Security.  The United Nations Development Program (UNDP) sought to examine insecurity and violence among Small Island Developing States (SIDS) in the Caribbean. Through the report on Caribbean citizen security the UNDP will provide recommendations to nations on how to address crime and violence by nation and within the region.  The projects principal investigator and the lead author of the report is Anthony Harriott of the Institute of Criminal Justice and Security at University of the West Indies Mona Campus.  The Center for Violence Prevention and Community Safety was responsible for leading Chapter 3 of the report on gangs and organized crime in the Caribbean.

This study compares the scope and nature of the gang problem in two communities: one in the United States and one in Trinidad and Tobago, a small-island developing state in the eastern Caribbean that has experienced a serious outbreak of violence... END_OF_DOCUMENT_TOKEN_TO_BE_REPLACED

A Comparative Study of Adolescent Gangs in the U.S. and Trinidad & Tobago

Firearm Possession Among Arrestees in Trinidad and Tobago

Objectives To describe the sources that active offenders in Trinidad and Tobago use to obtain firearms and report their motivations for obtaining them. To estimate relationships between gang involvement, drug selling, and firearm... END_OF_DOCUMENT_TOKEN_TO_BE_REPLACED

Why Homicide Clearance Rates Decrease: Evidence from the Caribbean

Structural Disadvantage, Gang Presence and Homicide in a Caribbean Nation

Diagnosing Gang Problems in the Caribbean

Diagnosing gangs and gang crime in the Caribbean. Presented at the Organization of American States conference on Caribbean youth crime and violence, St. Kitts. END_OF_DOCUMENT_TOKEN_TO_BE_REPLACED